Asthma in Your Family? Home Performance Upgrades May Help 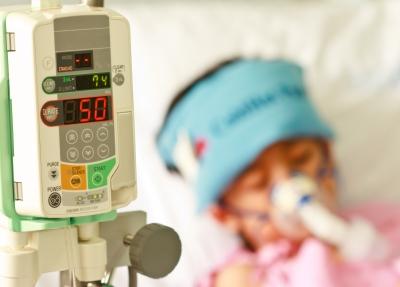 Now that the December holidays are around the corner, I find myself reflecting on 2015 and wondering what 2016 will bring. One of the reasons I feel so passionate about home performance is that twenty years ago my youngest child came into the world as a beautiful new baby seemingly happy and healthy. Almost right from the start he developed inconsistent periods of labored breathing, gasping and shortness of breath. It never seemed to happen when we were at the doctor’s office.

When I mentioned this (multiple times) to his doctor, who I liked and respected, the doctor would assure me that it was normal, that he was growing and responding to those around him. I was told he was way too young to have asthma.

One summer afternoon my husband came home to find me holding the baby, who was having difficulty catching his breath. My husband insisted we bring him back to the doctor. I was reluctant to go; I had been there two days earlier and been told once again that he was fine. I agreed to bring him anyway but was thinking they were going to tell me once again that I was crazy (in a nice way).

Well, to make a long story short, everything was not fine. They rushed him into the office and set up a nebulizer machine with strong medications that helped him breathe. From that time on for several months, we needed to nebulize him every two hours, for 20 minutes at a time, all day and all night until we could get the asthma bouts under control. Talk about sleepless nights! It meant making decisions about putting an infant on strong medications that had the potential to affect growth and not knowing the long term consequences of those medications.

The sudden realization of how sick he was and the unexpected expenses were more than overwhelming. Health insurance did not cover everything - that was nothing compared to the worry about what could happen to our baby.

Home performance upgrades may not eliminate asthma entirely but have been proven to help eliminate many of the triggers that cause asthma attacks. Finding out if there is mold in the walls, off gassing of VOCs and chemicals from paints, furniture and carpets, making sure that air ducts are sealed correctly to prevent rodent dander and other wastes from entering the ventilation system. Other triggers include cockroaches, dust mites, pet hair and dander.

I’m happy to say that our story turned out better than it does for many people. Our son is now in college and only needs asthma meds if he gets a bad cold. I hope that those of us who work in home performance will be able to educate enough people to prevent other families from going through what we went through.

As 2015 comes to an end, I’m incredibly grateful to those who climb through attics and under crawl spaces to make home performance improvements, and to everyone in the industry who, in spite of many obstacles, continues to have the passion to make things better for those around them.

Nancy now knows that home performance done right and as a preventative measure could prevent asthma and other ailments in families. Asthma afflicts 25.7 million Americans annually and causes 2 million emergency room visits and 500,000 hospitalizations each year. It is the leading medical cause of school absences for children ages 5 through 7. Experts estimate that 40 percent of asthma episodes in the U.S. are caused by housing-based triggers, according to a 2009 Robert Wood Johnson Foundation study.

To see if your home is affecting your family’s health, you can schedule an energy audit. This audit will alert you to any possible triggers in your home, such as mold in the walls or pet hair and dander in the air or in your ventilation system.