Is Your Gas Stove Harming Your Health? 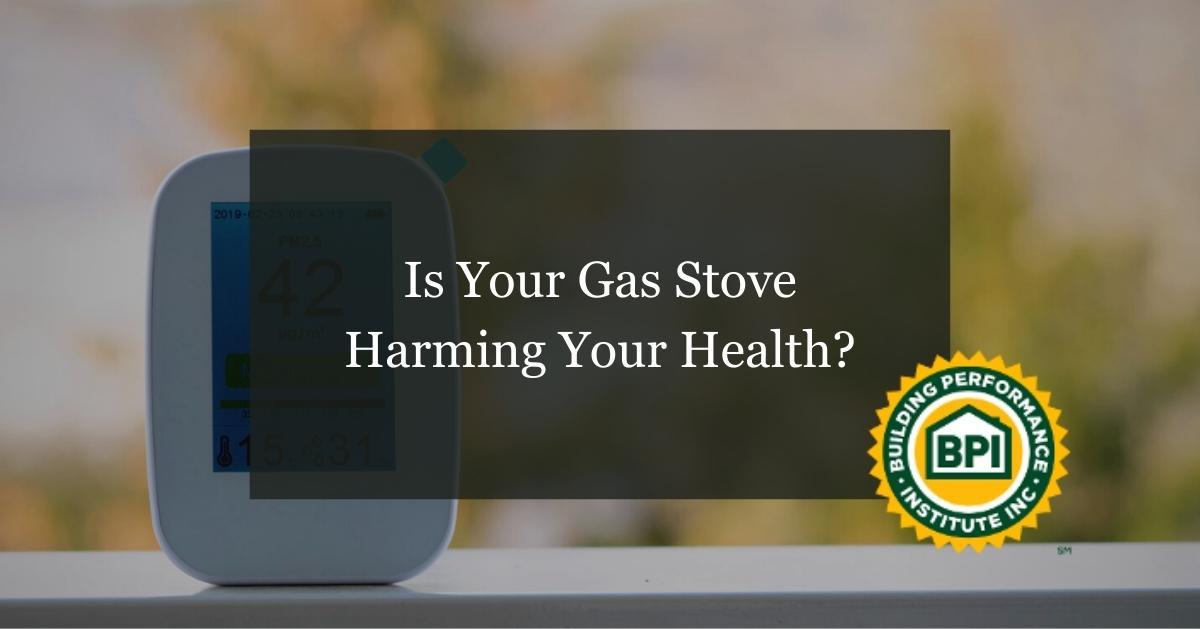 Many Americans cook with gas stoves. But new research has confirmed existing evidence that many stoves are constantly emitting gasses that pose serious health risks when inhaled.

A study released in February of this year measured methane, carbon dioxide, and nitrogen dioxide levels in 53 homes.

It revealed that homes with gas stoves that don’t utilize range hoods or that have poor ventilation can surpass the national standard for dangerous gases within just a few minutes, particularly in smaller kitchens. What’s more, the study showed that gas stoves emit pollutants even when not in use. More than 75% of methane emissions from gas stoves are released when the stove is off!

This information is gaining visibility, but it is not new. In 2008 the EPA reported that homes with gas stoves may have 50% to more than 400% higher average nitrogen dioxide concentrations than homes with electric stoves. But many cooks are very attached to their familiar gas stoves. Thinking about changing how we cook can make us feel defensive and stressed.

So, let's look at the facts. What types of ailments can these appliances cause? Who is at risk? Do we need to replace our gas stoves, and what should we do when immediate replacement is not an option?

From a health perspective nitrogen dioxide (NO2) is the most dangerous. The EPA defines it as "one of a group of highly reactive gasses known as oxides of nitrogen or nitrogen oxides".

Nitrogen dioxide is a byproduct of combustion that can irritate the respiratory system. It can lead to asthma, coughing, wheezing, and difficulty breathing, occasionally resulting in hospitalization. Extended exposure can increase one's susceptibility to respiratory infections.

So, who is at the greatest risk from these pollutants when living in a home with a gas stove?

A meta-analyses published in 2013 suggests that children who live in  homes with gas stoves have:

Getting Rid of Your Gas Stove

If you can replace your gas stove, the best option is an electric stove with an induction cooktop, which cooks with electromagnetism instead of radiant heat. These appliances are efficient, do not release gases into the home, and can help move your home toward clean electrification. Consumer Reports praises them for speedy cooking times and easy, precise temperature control. But electric stoves with a radiant cooktop are good, too.

When You Can’t Upgrade Yet

If upgrading to an electric stove isn’t possible, what are the ways to reduce problems from cooking with gas?

Ventilation is key. Turn on the range's vented exhaust fan whenever you cook.  Confirm that the fan exhausts to the outdoors, not the living space.  If your fan exhausts into the home, please contact a BPI Certified Professional. They will find the best way to exhaust it to the exterior and make sure the job is done right.

What if you are renting and updating your stove or exhaust system is not possible? Stanford Medicine says you'll need to open windows. They also suggest using an exhaust fan in a nearby room, such as a bathroom. Another option is to use an inexpensive window fan to draw the kitchen air out of the nearest window.

So how do you decide whether to continue cooking with gas, from a health perspective? Consider the health and developmental status of:

Is everyone on your list an adult in good health?  Proper ventilation may be enough.  Do you have growing children or someone with respiratory issues on your list?  Then you may need to prioritize making a change.

Luckily electric stoves are available in all price ranges, and the cost of induction stoves is falling, too. And you might be surprised that when Consumer Reports compared the performance of smooth-top electric and gas stoves, they decided firmly in favor of electric models. Clearing the air in the kitchen might be easier than you think!